Different strategies are required in different climates and micro-climates. The Oakland hills are representative of a Mediterranean climate, characterized by a rainy season from November to April followed by a prolonged dry season from June to November. This climate is seen throughout the central valley and coastal hills of California. It requires strategies specific to this climate.

In California there are a number of advantages of managing vegetation during the wet season. 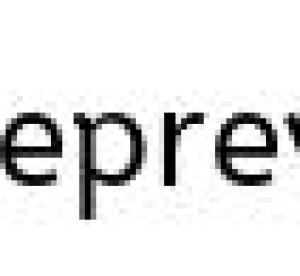 Burning of brush is not feasible in the windy, densely inhabited Oakland hills, so cuttings have been left in decomposition piles where appropriate, reducing the high cost of removal. The winter rainy season and lack of freezing temperatures or snow facilitate decomposition of the cut grasses, brush and trees.

There is often better footing on steep moist slopes than on dry ones. Trees are more tolerant of pruning in the dormant season. More workers are available, and the cooler weather is easier for doing heavy work. One can pull broom seedlings up by the roots when the ground is saturated. Major tree thinning/pruning and brush removal/pruning can be done when there is less fire danger, cutting up and mulching the prunings to hasten decomposition. Thistles can be pulled easily, poison oak reduced while relatively dormant, and pampas grass roots pickaxed after rains have softened the root ball.

In the dry season there are major concerns about California wildfires throughout hilly regions of of the state. The homeowner should pay particular attention to removing flammable materials, pruning out and removing dead wood from plants near structures, keeping plants and mulch in the non-ignition zone moist, and avoiding starting fires with cigarettes, charcoal BBQ’s, or catalytic converters on a vehicle’s exhaust.

The buildup of pine needles and leaves on the roof is a serious hazard. Given the difficulties of keeping roofs free of such debris, a plan to replace such trees over time should be seriously considered, as should eliminating gutters.

The comparison of fire resistant and dangerous plants is based on the Mediterranean California climate in Oakland. A month by month checklist of recommended activities is provided in The Homeowner’s Guide to Wildfire Prevention.